Princess Amira and princess Nikki found out that they were being played by the same guy and they did not like it. They had to teach the guy a lesson and that is why they resorted to slapping the shit out of him and spitting on him. He was also made to lick the soles of their heels before they trampled him with the same high heels. He never played anyone again. 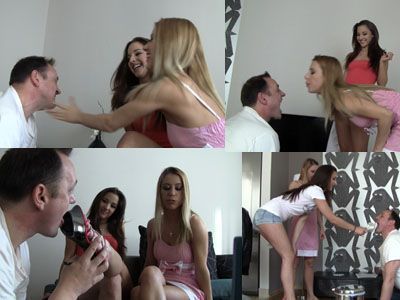